Obesity has reached epidemic proportions globally, with at least 2.8 million people dying each year as a result of being overweight or obese.

Governments, international partners, civil society, non-governmental organizations and the private sector all have vital roles to play in contributing to obesity prevention.

Fact 1: Overweight and obesity are defined as “abnormal or excessive fat accumulation that may impair health”

In 2016, more than 1.9 billion adults were overweight and 650 million were obese. At least 2.8 million people each year die as a result of being overweight or obese. The prevalence of obesity nearly tripled between 1975 and 2016. Once associated with high-income countries, obesity is now also prevalent in low- and middle-income countries.

Childhood obesity is one of the most serious public health challenges of the 21st century. Overweight children are likely to become obese adults. They are more likely than non-overweight children to develop diabetes and cardiovascular diseases at a younger age, which in turn are associated with a higher chance of premature death and disability.

Fact 4: Overweight and obesity are linked to more deaths worldwide than underweight

Most of the world’s population live in a country where there are more people overweight and obese than underweight. This includes all high-income and middle-income countries. Diabetes, ischaemic heart disease and certain cancers are attributable to overweight and obesity.

Fact 5: For an individual, obesity is usually the result of an imbalance between calories consumed and calories expended

Individual responsibility can only have its full effect where people have access to a healthy lifestyle, and are supported to make healthy choices. WHO mobilizes a range of stakeholders who have vital roles to play in shaping healthy environments and making healthier diet options affordable and easily accessible.

Fact 7: Children’s diet and physical activity habits are influenced by their surrounding environment

Social and economic development as well as policies in the areas of agriculture, transport, urban planning, environment, education, food processing, distribution and marketing influence children’s dietary habits and preferences as well as their physical activity patterns. Increasingly, these influences are promoting unhealthy weight gain leading to a steady rise in the prevalence of childhood obesity.

People should engage in adequate levels of physical activity throughout their lives. At least 150 minutes of regular, moderate-intensity physical activity per week reduces the risk of cardiovascular disease, diabetes, colon cancer and breast cancer. Muscle strengthening and balance training can reduce falls and improve mobility among older adults. More activity may be required for weight control.

WHO’s Action Plan for the Global Strategy for the Prevention and Control of Noncommunicable Diseases provides a roadmap to establish and strengthen initiatives for the surveillance, prevention and management of noncommunicable diseases, including obesity. (Who) 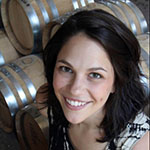